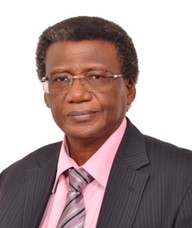 Prof. Baba Yusuf Abubakar, OFR, was the pioneer Executive Secretary of the Agricultural Research Council of Nigeria (2006–2016) and is currently a visiting Professor & Chairman of the University Research Council at the University of Abuja. He has Master’s and PhD degrees in Animal Breeding and Quantitative Genetics from Cornell University and has over 170 publications. 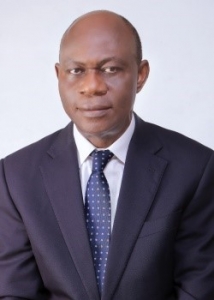 Simeon Akpovwoghokohwo Ohwofa holds a BSc Agric-Biochemistry and Nutrition from University of Ibadan, MBA from University of Benin, diploma in Marketing from Institute of Marketing, London and OMP Certificate, Lagos Business School. He is a life member, Lagos Business School Alumni Association. He was the Departmental Head, Feed Industries: (Vitamin Division) Roche Nigeria Limited, (Nigeria Subsidiary of F. Hoffman La Roche) from where he retired in 1995. He’s the CEO O. M. Simons Nigeria Limited and Nutrivitas Limited. Both companies are into Animal Nutrition. He also has business interests in Food, Banking and Oil and Gas. 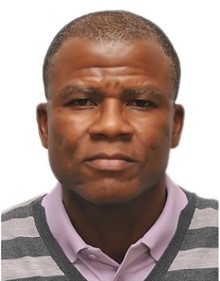 Prof. A.O.K. ADESEHINWA is a Professor of Animal Science and Production Systems at the IAR&T, Obafemi Awolowo University, Ibadan. He is a product of the premier University of Ibadan, where he had his BSc Animal Science, MSc Agricultural Biochemistry and Nutrition, and PhD in Animal Science. He later had Certificates in Pig Stocksmanship from UK and Improved Poultry Management Techniques in South Korea. He is currently the General Secretary, All African Society for Animal Production (AASAP) and the National President, Pig Farmers Association of Nigeria (PFAN). He is a member of several other professional Associations and Societies in Nigeria and overseas 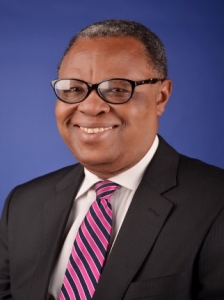 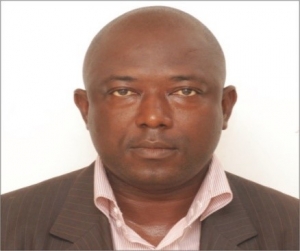 Dr O. Tunde Sigbeku studied Animal Science at the University of Agriculture Abeokuta where he bagged B. Agric (Animal Science), He obtained M.Sc. degree in Animal Science, from University of Ibadan and bagged PhD in Animal Science from same University. He practised as poultry farmer and farm support service provider before joining NAFDAC. He is currently an Assistant Director and Head of Animal Feed and Premix Division (AFPD) of VMAP, NAFDAC.
Dr Tunde is a certified lead inspector, seasoned regulator, a proud animal scientist and food safety expert, trained at the prestigious Hebrew University Israel in 2005.

Waheed obtained is B. Agric. at the University of Ife (now Obafemi Awolowo University), from where he obtained Bachelor of Science in Agriculture. He proceeded to Ahmadu Bello University, Zaria, Nigeria for his Master’s Degree in Animal Science with specialization in Breeding and Genetics. He won an European Union Scholarship award to pursue a Ph.D. at the Institute of Animal Breeding and Genetics, Justus Liebig University, Giessen, Germany. He rose through the ranks and was elevated to the rank of Professor in 2005. Professor Hassan has to his credit over 100 scholarly publications. He was Editor-in-Chief of the Tropical Journal of Animal Science (2005 to 2009), and the Nigerian Journal of Genetics (2008 to 2012), and served as Deputy Editor-in-Chief of the Journal of Agriculture and Environment 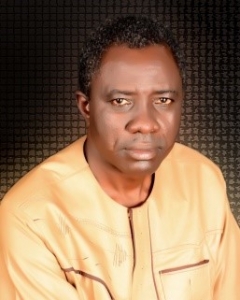 Professor Momoh attended the defunct Federal University of Technology, Makurdi which later became University of Jos, Makurdi Campus where he graduated in 1988 with B. Agric. (Animal Production) . He obtained M.S.c and Ph.D in Animal Breeding and Genetics in 1994 and 2005, respectively. Professor Momoh teaches Animal Breeding, Genetics and Biometrics in the College of Animal Science, Federal University of Agriculture, Makurdi. He is the current State Chairman, Animal Science Association of Nigeria (ASAN), Benue State. 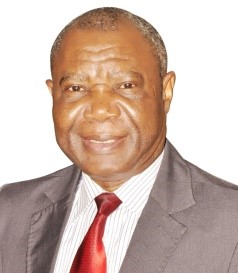 Professor Udo Herbert holds B.Agric. (Animal Science) (UNN), M.Sc. Animal Science and Ph.D. Animal Physiology (UI) degrees. He pioneered research on the construction and evaluation of an artificial vagina for collecting rabbit semen in Nigeria. His research focus is on assisted reproductive technologies and reproductive management of farm animals. Professor Herbert was National President of the Nigerian Society for Animal Production and Nigeria’s Representative in the Standing Committee of the International Congress on Animal Reproduction 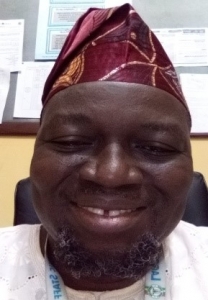 Dr. Adebayo obtained a Bachelor of Agriculture degree in Anim. Prod. from Ogun State University, Ago-Iwoye in 1990. MSc. and Ph.D. (Animal Nutrition) from the University of Ibadan in 1992 and 2012 respectively. Dr. Asafa is also the Coordinator of the National Vitamin A and Iodine Support Group (NVAISG), an organisation recognized by UNICEF

Prof Peter Barje holds a B.Sc. Agric, M.Sc. and PhD (Animal Science) from Ahmadu Bello University Zaria. He work with National Animal Production Research Institute, ABU, Zaria as a Researcher/Lecturer in dairy cattle production. He has been involved in both international and local funded projects. 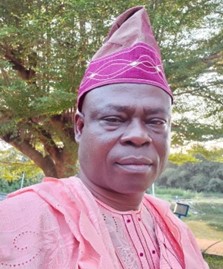 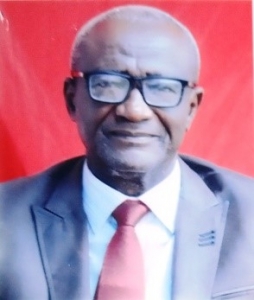 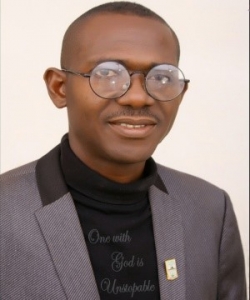 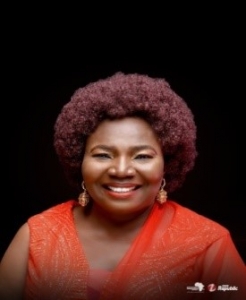 Professor Cordelia Ifeyinwa Ebenebe is a Professor of Animal Production and Management with special interest in micro and minilivestocks including grasscutter, rabbit, snail, edible and economic insects. Her first degree: B. Agric. Tech. (Animal Production and Health Technology) was from Federal University of Technology Akure, and second degree M. Sc. was from University of Ibadan; her doctoral degree however, was in Biological conservation from Nnamdi Azikiwe University, Awka. Following her PhD, she has been working assiduously to develop micro and minilivestock production and utilization. 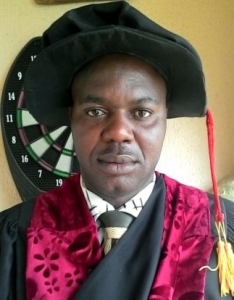 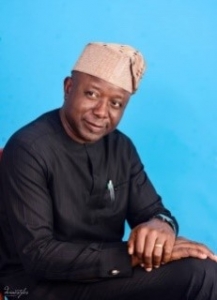 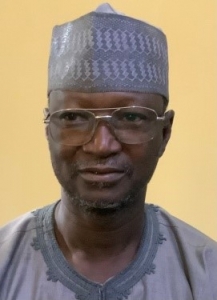 Prof. Mohammad graduated from University of Sokoto, (Usmanu Danfodiyo University, Sokoto), (BSc. Agriculture). He had is M.Sc and PhD Animal Science, ABU. . I joined NAPRI/ABU, Shika-Zaria in December, 1990. I was also a collaborating research scientist with ILRI and ICRISAT. Transferred my services to BUK in 2004 where I rose to rank of Professor of Animal Science in 2009. His research interested is in the area of pasture agronomy and range management, nutrition of grazing animals and integration of forages into farming systems. He had over 217 publications. He was the pioneer Head, Department of Animal Science (2005-2009), Dean, Faculty of Agriculture (2013-2016). 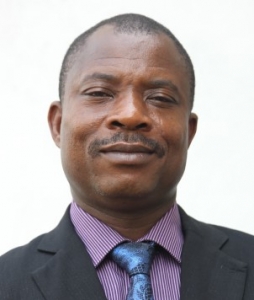 Dr. Bamikole is a Professor of Herbivorous Animal Nutrition in the Department of Animal Science, University of Benin, Benin City, Nigeria. He has done extensive research on feed and forage resources evaluation in ruminants and rabbits as well as in vitro assessment of Nigerian medicinal plants and their bioactive components in ruminant methanogenesis abatement. He has over eighty publications in reputable local and international journals. He was a visiting scientist at Kuju Agricultural Research Centre, Kuju, Japan as well as Kyushu University, Fukuoka Japan 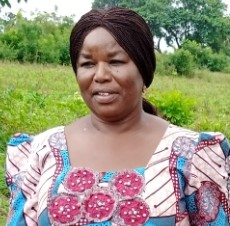 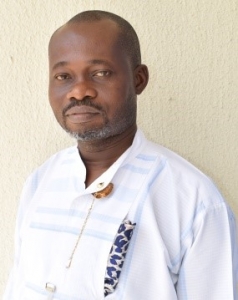 Prof. Ibisime Etela holds a doctorate majoring in ruminant nutrition and production from University of Benin as well as Master’s and bachelor’s degrees in Animal Science from Rivers State University all in Nigeria. He is Dean, Faculty of Agriculture, University of Port Harcourt,Nigeria. He was Research Advisor to Shell Petroleum Development Company of Nigeria Limited (SPDC) in 2015. Prof. Etela has over 70 publications including journal articles, book chapters, and conference papers at national and international agricultural and agribusiness fora. 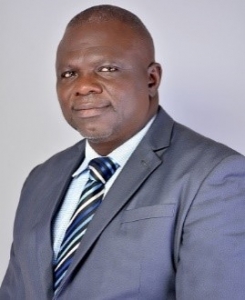 Dr. Owosibo obtained B.Sc. and M.Sc. in Agricultural Biochemistry and Nutrition (Animal Science) from the University of Ibadan in 1995 and 1998 respectively. He obtained PhD in Monogastric Animal Nutrition and Management in 2007 from the same University. He is currently the Provost/CEO of Federal College of Animal Health and Production Technology, Ibadan 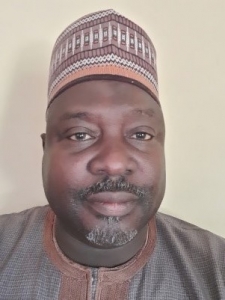 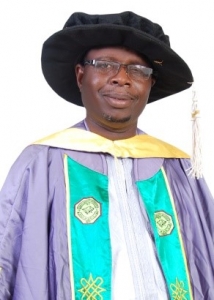 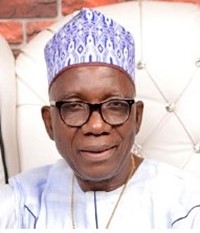 Sir Felix Usman Eneche bags his degree in Ahmadu Bello University, Zaria B.Sc Agric. (Animal Science).He worked with Benue state ministry of Agriculture. At creation of state in 1991, he was deployed to Kogi State Ministry of Agriculture where he continued his service and retired as Director Livestock and Head, Veterinary Livestock Services Department. He was the First Vice President. 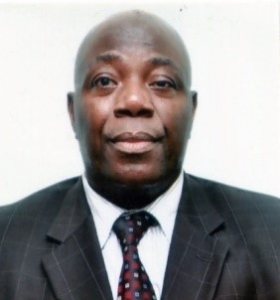 Adebowale is a Professor of Animal Science (Ruminant Nutrition) since October 1992. He was the Executive Director of the Institute of Agricultural Research and Training,Moor Plantation Ibadan Nigeria between January 2003 and December 2008. He was the Pro-Chancellor and Chairman Bowen University Governing Council between. He is widely travelled. He is the author of Divine Mirror (2000), Overtaking without Running (2014) and over 100 peer-reviewed publications.