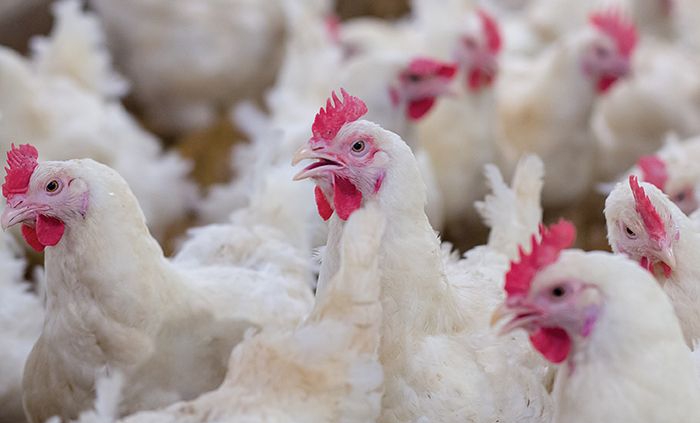 With the poultry industry currently functioning almost at its full capacity following the border closure, the Nigerian Institute of Animal Science (NIAS), has said the sector has raked in about N50billion between August and December, and also created many jobs.

The Registrar of the Institute, Prof Eustace Iyayi, at a news conference in Abuja, yesterday, pointed out that prior to the closure of the boarder, 70 percent of about two million metric tonnes (MMT) of poultry meat consumed locally were smuggled into the country, causing poultry farms to close down or down size.

He said the sustenance of border closure would greatly reduce smuggling, and cut down smuggling of poultry and poultry products by 1MMT.

The Don said: “the closure of the borders has not only created market for locally-produced poultry, but also created jobs. If the 1million MT of chicken is prevented from being smuggled into the county are produced in Nigeria, an equivalent of 100,000 jobs would be created along the broiler and turkey production.”

Reiterating NIAS’ support for border closure, he said the impact on the poultry industry has created a multiplier effect along the value chain such as inputs supply, storage facilities, transportation/logistics and value addition.Iyayi noted that the huge impact could grow exponentially, and transmitted to more concrete economic gains and accelerated growth if the industry beyond the current estimated annual growth rate of 3.3percent is able to take control of the local market and align more with global best practice to compete with the export market.According to him, prior to the closure of the border, in 2017, Benin Republic was importing about 1.2MMT of rice annually against consumption of 799,000MT, while Cameroon was importing 724,443MT against a population of 24million, while Niger Republic imported about $53.9million worth of rice for a population of about 21millionIyayi further disclosed the Institute‘s plans to commence regulation of activities in livestock farms, especially dairy farms, milk processing facilities, and abattoirs in 2020
https://nias.gov.ng/wp-content/uploads/2021/01/broiler-breeder-feathering-improvements.jpg 455 700 lordmaul https://nias.gov.ng/wp-content/uploads/2021/02/logo-2-300x50.png lordmaul2021-01-18 15:46:472021-02-01 05:29:35‘Poultry industry has saved N50 billion since border closure’
Different strokes for poultry farmers as yuletide yields boom